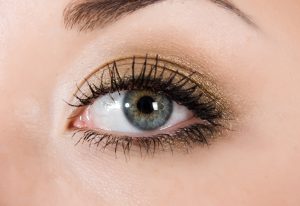 Our eyes are more than the windows to our soul, they are vital to our everyday functioning. When our eyesight is affected, it has ripple effects across our life. Red Light Therapy (known as Photobiomodulation or PBM) has been found to not only protect our eyes from degeneration, but can also be used to treat a variety of retinal diseases. There has been a significant amount of research that has demonstrated the benefits of PBM for eye health.

When near infrared light is exposed to the eyes, the cells in the retina have a boost in their function, which can repair damaged cells and improve eye health and sight. As the light penetrates into the cells it activates the mitochondria (the part of the cell where respiration and energy production occurs). Since mitochondrial dysfunction plays a key role in the degeneration of neutrons in the eyes (and other parts of the body), PBM can be applied to retinal damage by counteracting the consequences of mitochondrial failure. The other key therapeutic mechanism of PBM is called ‘hormesis’, which is the building up of the cell’s antioxidant and anti-inflammatory defence systems. This effect provides benefits to the cells for a period of time after PBM treatment, and protects from future damage. 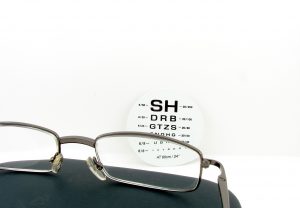 In the near future, researchers predict PBM could potentially be used to treat a wide range of forms of vision loss, including dry AMD, retinitis pigmentosa, inflammation of the retina, retinopathy of prematurity, diabetic retinopathy, Leber’s hereditary optic neuropathy, amblyopia, methanol-induced retinal damage and possibly others[Geneva, 2016].

A word of caution: for people with photosensitivity, exposing the eyes to red light can be a risk. It is recommended that you start treatments by keeping the eyes closed, and then open them as they adjust to the light. For most people. however, there appear to be no adverse effects from the exposure of red light to the eyes. In fact, the effects are positive, as is being detailed here.

Retinis Pigmentosa is the most common cause of inherited blindness in the developed world, with a progressive degeneration of the retina. Researchers have found that mitochondrial dysfunction and oxidative stress play a significant role in the pathogenesis of RP and other retinal degenerative diseases. 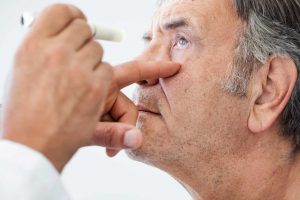 Near infrared light has been shown in animal studies and some preliminary human trials to promote mitochondrial integrity and function, prevent photoreceptor cell death and preserve retinal function. Essentially, PBM activates the cells’ natural self-repair functions, while causing no adverse effects and being found to be completely safe. This is promising news for those with RP, who have little to no other options for treatment.

Diabetes is a complex chronic disease that affects many parts of the body, including the eyes. Diabetes can lead to damage to the blood vessels and leakage in the retina, resulting in in oedema (fluid retention), known as diabetic retinopathy. Red light therapy is a promising new approach to treat diabetic retinopathy. Numerous animal studies have shown that PBM leads to decreases in diabetes-induced inflammation in retinal vessels. Human clinical trials are currently underway, after the positive results reported from pilot trials.

One case series study had patients with diabetic retinopathy receive PBM twice daily for 2-9 months, to one eye only so that the other eye could serve as a control [Tang et al]. They found significant reduction in macular thickness in the PBM treated eyes and no change in the untreated eyes. 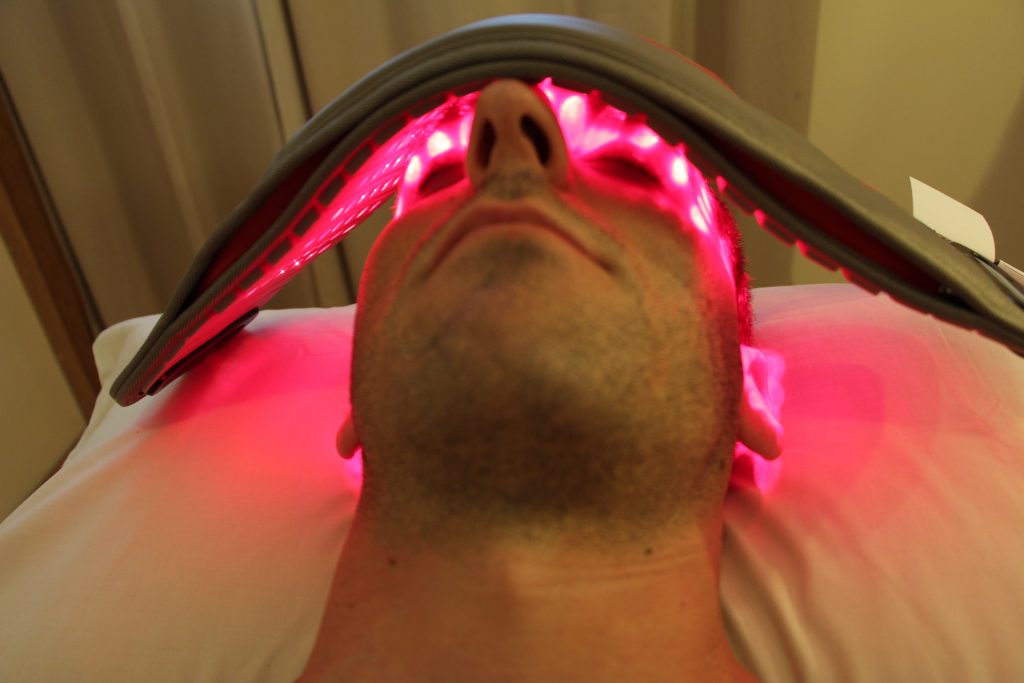 The iLED providing PBMt to the eyes.

Research has found PBM assists with both the protection from and in treating macular degeneration. Macular degeneration is responsible for around a half of the cases of blindness in Australia, and is generally considered to be caused by exposure to bright light. The dry form, for which there is still no cure, accounts for 80-90 per cent of cases.

Researchers have found that treating the cells before, during or even after light damage with PBM (using near infrared light) raises their protective factors and resistance to stress, and slowly allows their vision function to return. The retina is able to bounce back to normal function – red light therapy is the only treatment available currently that can achieve this.

Treatment is generally delivered by LED arrays that transmit the specific frequencies of red light that has been found to most beneficial to the eyes. As opposed to laser treatment, LEDs are more affordable and accessible for the millions of people affected by macular degeneration.

Before using PBM to treat any eye disorder, it is recommend consulting your medical or optical practitioner.